Let's Google "sunglasses" and see what's ranking in Google and talk about what it might take to rank for this keyword if you were to target this keyword with SEO.

Back in the day when I first started my business, I put it put ads on Craigslist. And I had this dude email me one time and he goes, “Hey, I wanted to I want to rank in the top well I think he said I want to rank number one for the term sunglasses. And I responded and I said (this is going to be good)… I said, “What's your budget?” And he goes, “200 bucks.” A little search humor for you.

So let's Google sunglasses and talk about why $200 is hilarious. First of all, a pair of sunglasses cost more than $200. So you're probably not going to rank for the term sunglasses on the same budget that somebody has when they go buy a pair of sunglasses. This is marketing people. You're competing against businesses and companies with lots of money.

So let's talk about what we could do. And this would really depend on who you were and what you were trying to do. So let's say I am an ecommerce sunglass brand and I sell sunglasses. I’m like whatever Warby Parker or something like that. We wanted to rank for sunglasses but we were brand new nobody knew who we were. If somebody asked me what they would have to do, I would say don't. You're not going to outrank anyone because look at who's ranking for sunglasses.

If we scroll down, these are all ads up here… scroll down past the ads. So we have a look we have local shops now this is a little bit different if you're competing locally. If you're competing locally, you really only have to go up against the other companies that are local. But if you're an e-commerce brand and you're trying to sell nationally, that's a different game. So then you're competing with these guys. So we have Sunglass Hut, Amazon.com, ASOS, Nordstrom, Zumiez…  I haven't heard of them I don't think, but I think they're a decent size brand. Nordstrom Rack, Glasses USA…  I don't know the space that well so these got good that's an ad.

So I don't know this space too well and I haven't heard of some of these guys. But my guess is that they're all pretty big. But we're talking about Nordstrom, Sunglass Hut, Amazon… you're not going to outrank those guys if you're brand new. It's not going to happen because of user behavior.

Now you could get a little aggressive if I were going to try to build a brand on SEO using SEO… so just like you could build a brand running TV ads, you could build a brand getting known through search. It's just a lot of work like you would have to have a decent budget. So if that's the approach I was going to take (and that is not the approach I would advise somebody to take) but if I was stuck in the SEO idea and I really wanted to push it, I would publish really in-depth long-form content on every topic related to sunglasses.

I don't always tell people to publish all kinds of content on every topic in their field. We're going with like the carpet bombing strategy here where you know this is like attrition warfare you're just going to have to go all out to even have a chance of competing with these guys as a brand new company. And it's going to take you a year or two. But if you spend a lot of money on search, I would have really long super in-depth long-form content on every topic. It would be the best content ever.

I would have videos social posts search like blog content basically and I would become the deepest expert on sunglasses. I would build up the brand just using that and I wouldn't even try to sell anything for a year or two. I would just do that and then after that you would have to build a lot of backlinks to that content probably. So you'd have to get aggressive with that. But after that you you could potentially rank and then you could start selling stuff and slowly build up the brand from there.

But you know again that's not necessarily the approach I would take. If you're trying to build a sunglass brand I would maybe try to get distribution and build the brand like anybody normally does for that kind of thing. That would be a way to go. There's probably not many people doing that. I don’t know if there's anybody really going that deep on sunglass content. So it's potentially a place where you could kind of skirt in and compete with the big boys after a long time like a year or two.

It would take a lot of money and a lot of budget but once I had that I wouldn't even try it. The content would all be informational content. Stuff that people are going to link to and that they're going to share like questions they're asking and things like that.

I would not even attempt to rank my ecommerce page selling sunglasses until I was already really well-known in the space. And then go try to do that. And basically do what these guys are doing. There's some stuff we could probably improve here, but that's the approach I would take if I were going to build a brand through search. It'd be a long and tough approach but it’s possible to do.

Sometimes customers that want to rent your product are actually better candidates to buy it.
Paid Media

It's the fastest network in history to hit 1 billion users and it's so engaging it'll probably be around for quite a while. 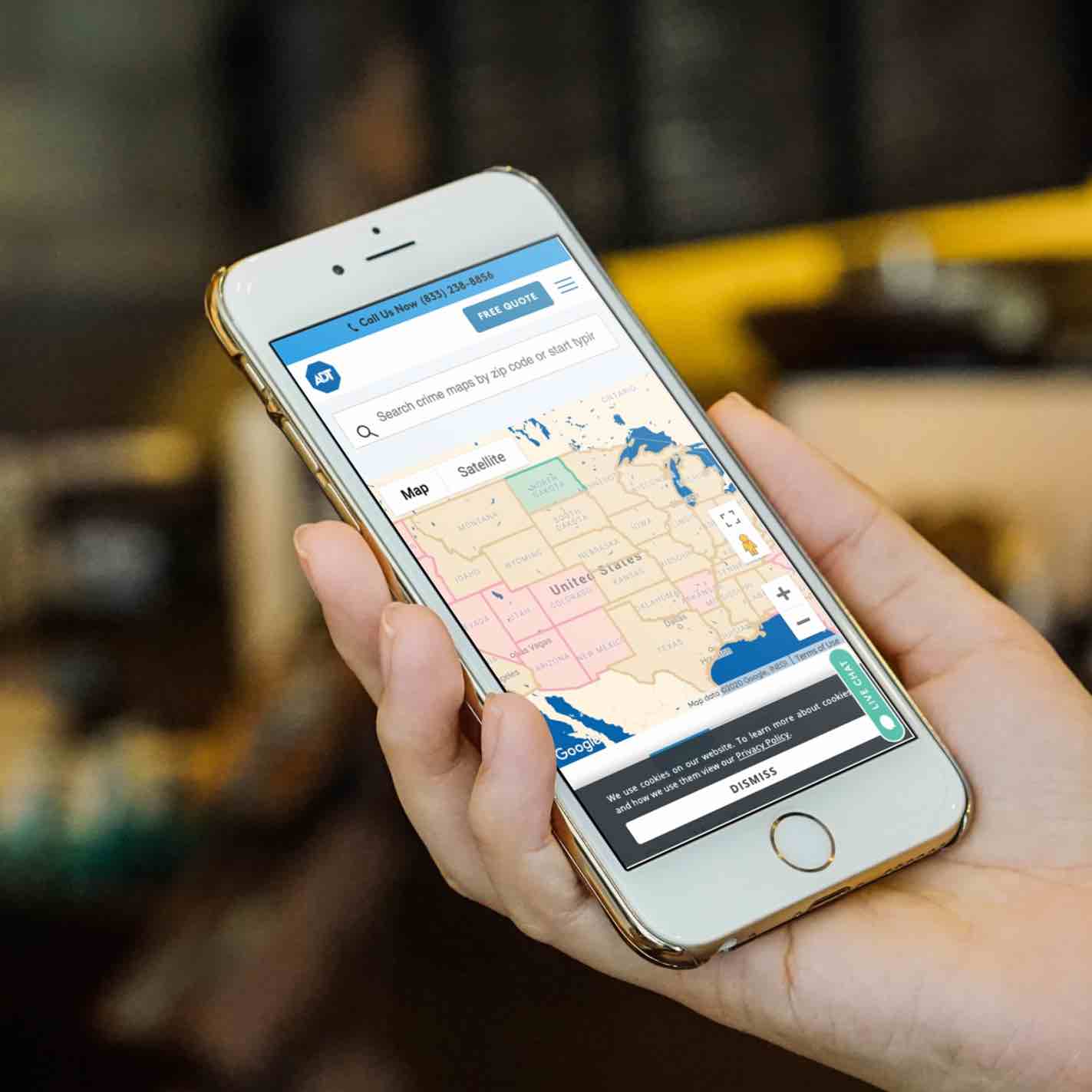 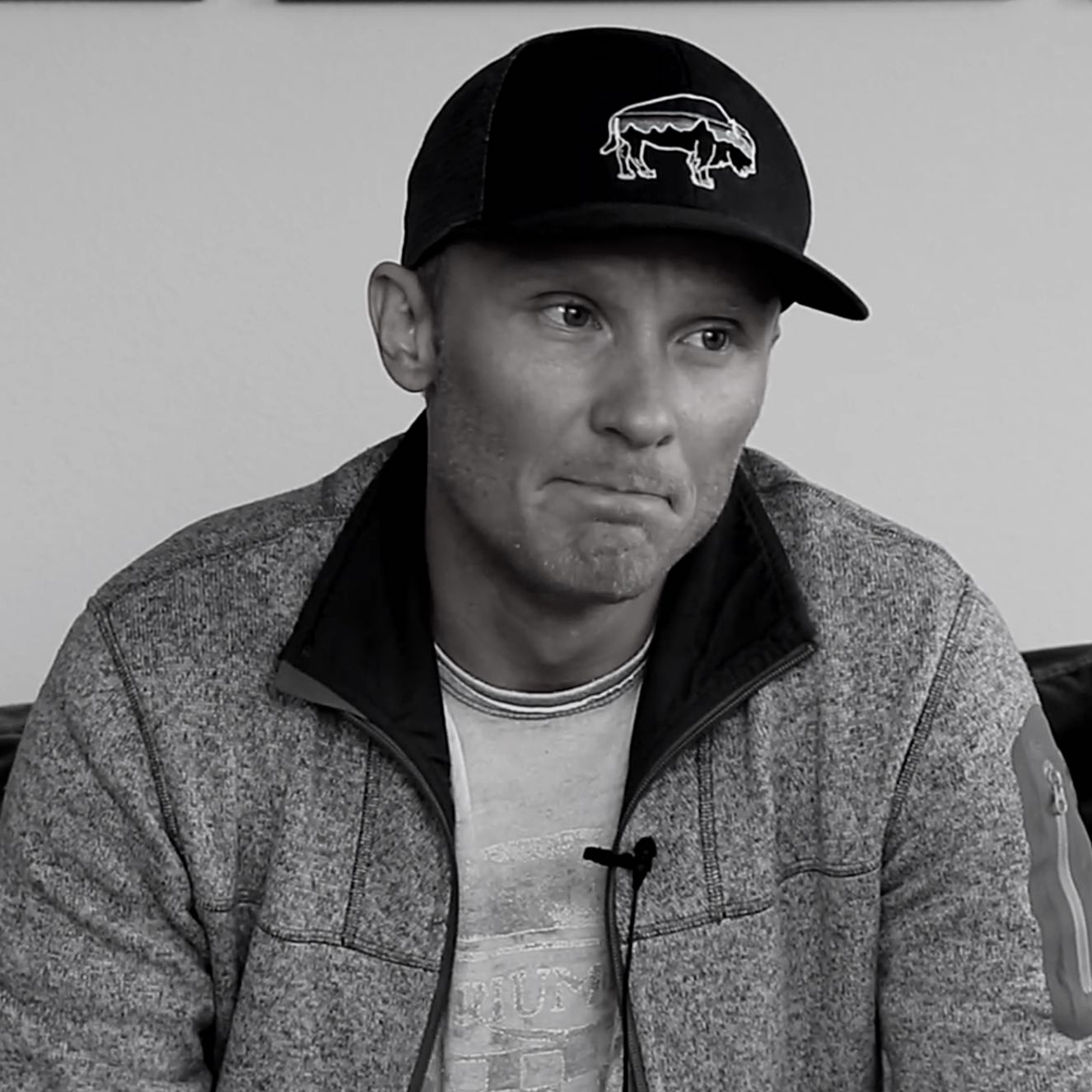 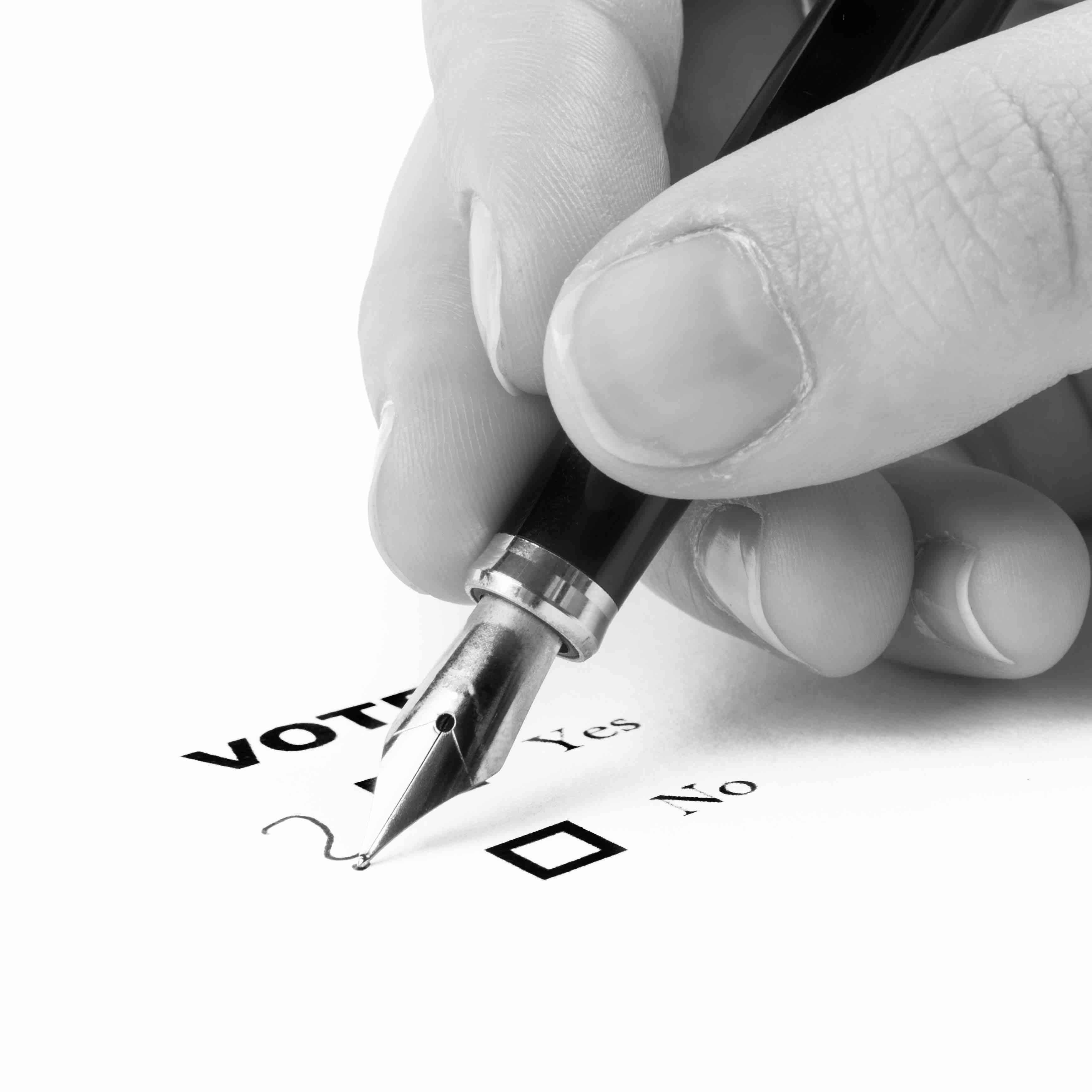 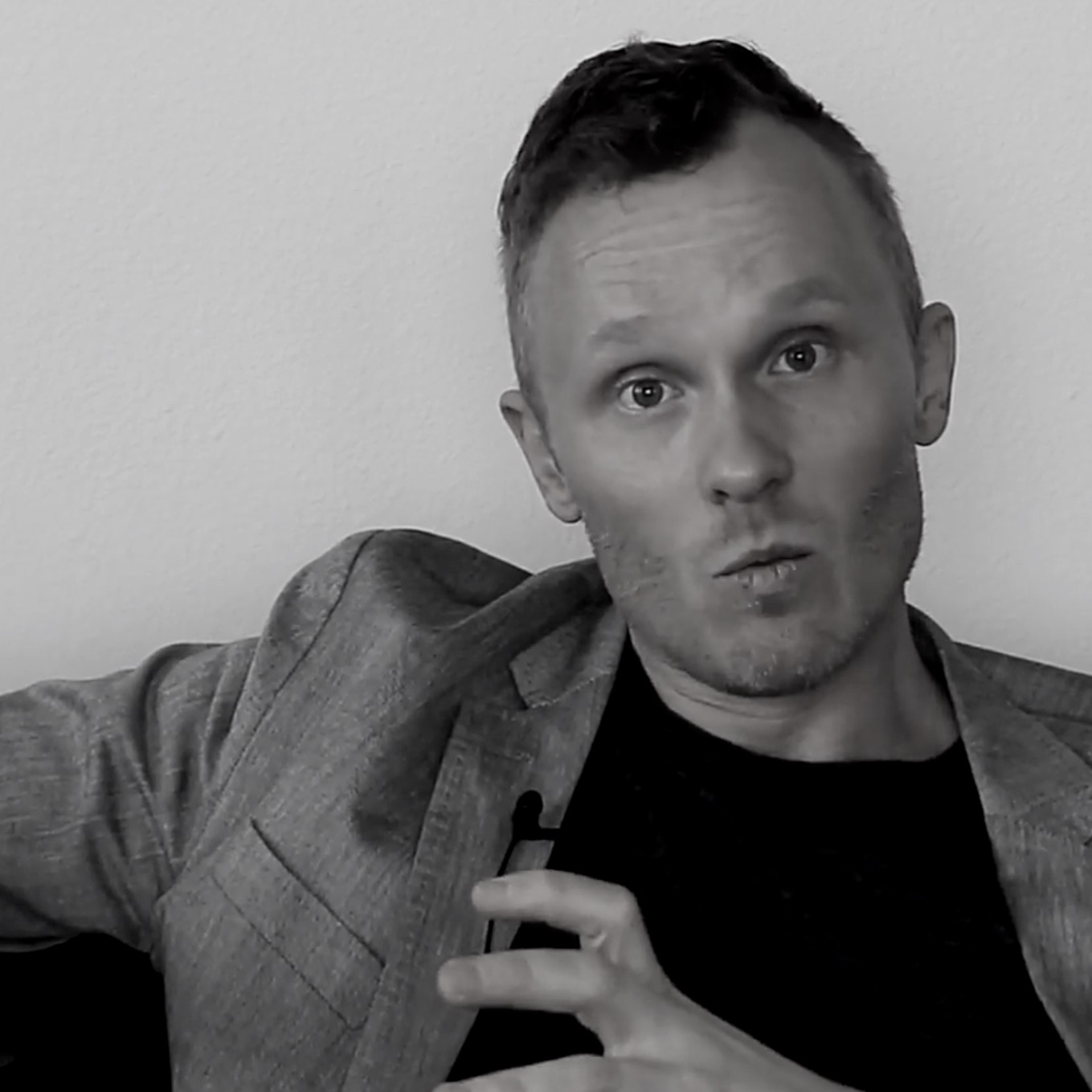 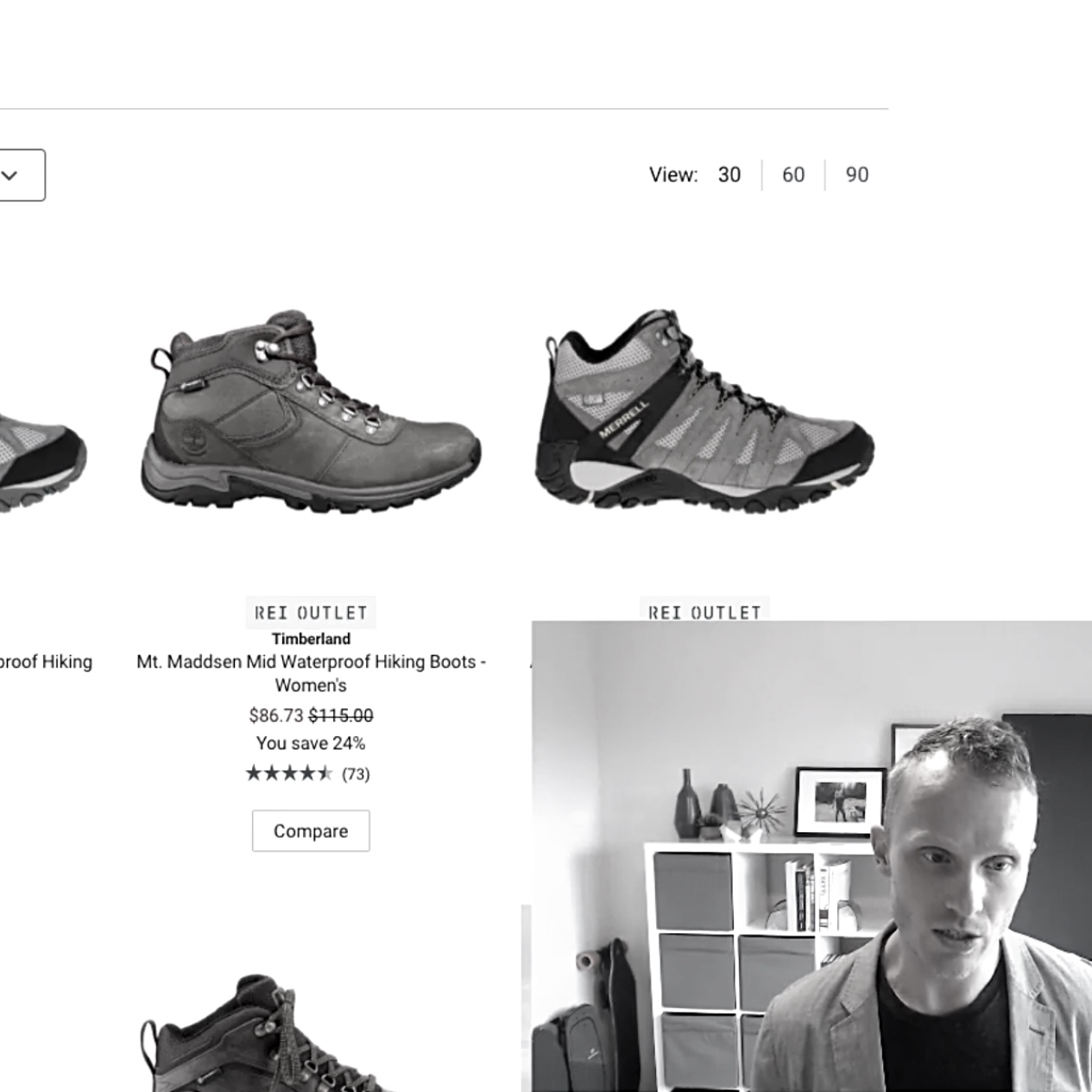